The replica of Hermione has been visiting the Chesapeake Bay area.  I got a chance to see it while docked in Annapolis.  It was so impressive.  The Hermione was the Tall Ship that carried General Lafayette to America from France in 1780.  The ship was used during the Revolutionary War.  This ship, the replica, took the same voyage as the original ship and now has reached the shores of America.

The City Dock had a festive air.  There were rein-actors dressed in period costumes talking about the Revolutionary War time period. 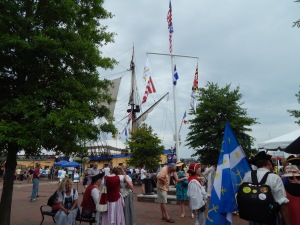 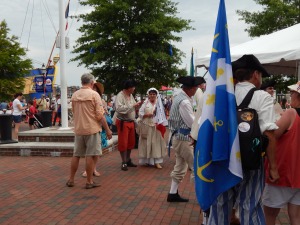 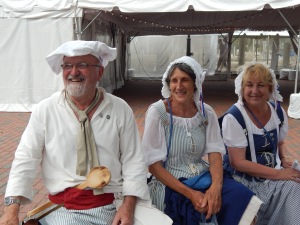 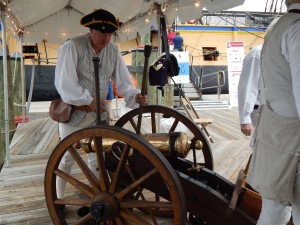 But the star was Hermione herself, the craftsmanship was amazing. 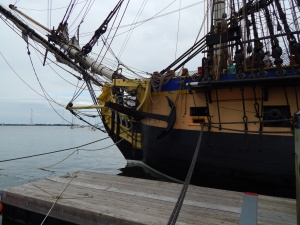 The ship measures 185 feet in height and 216 feet in length.

I was in awe at how big the ship was and while standing in line, looking up I caught sight of one of the shipmates scaling one of the mast to fix something.  Boy, did he have a great view. 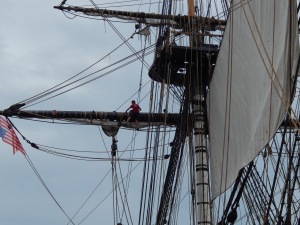 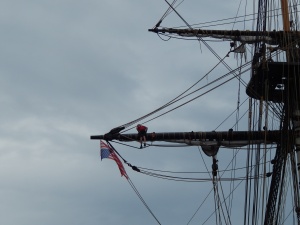 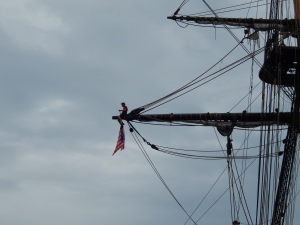 The rigging was an amazing, organized network of ropes and pulleys.

The crew also wore period costumes and photographers had a chance to get some great photos.

The website with more about the ship, when and where it will be docked is:

Next – Part 2 – On Board the Hermione

Make art a part of your day,